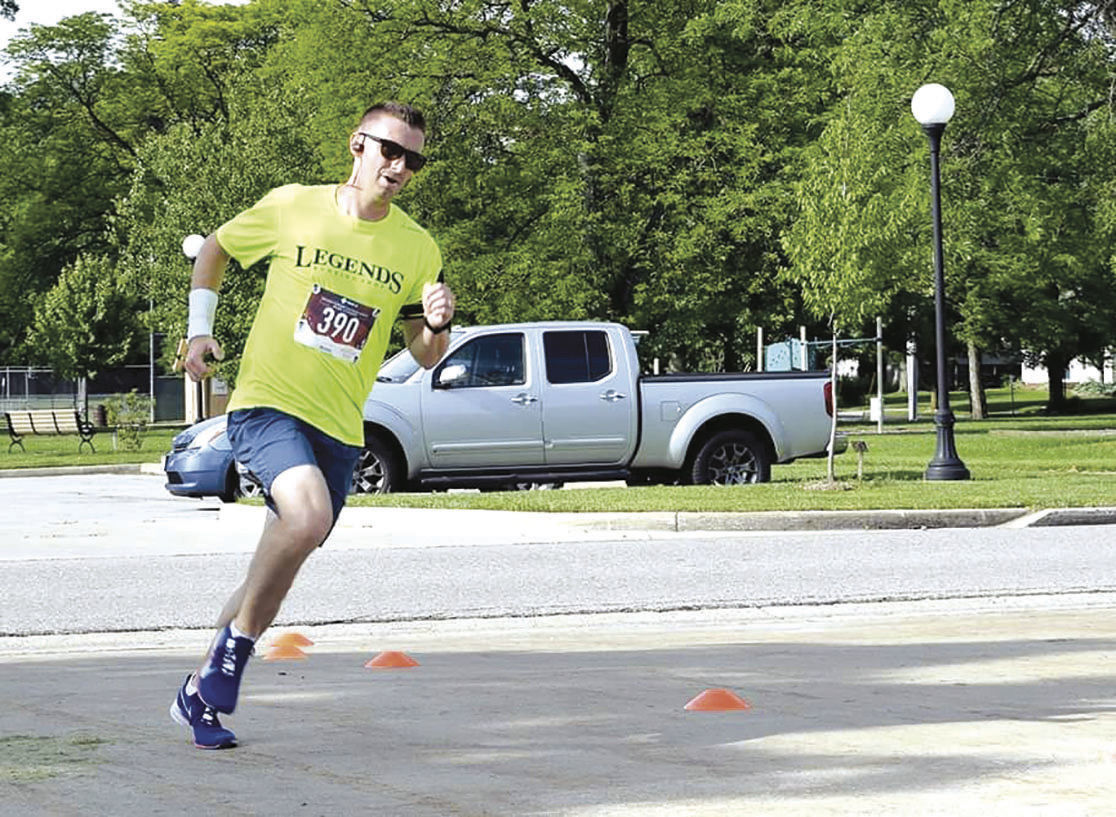 Bryan resident Nick Lanzer runs during the Run for Your Heart 5K in Bryan on June 22, 2019 in Bryan. Lanzer is training for the 2020 Boston Marathon, which has been rescheduled from April to September.

Kaitlyn Henricks-Yoder runs during the Boy Scouts Half Marathon in Bowling Green on Sept. 8, 2018. 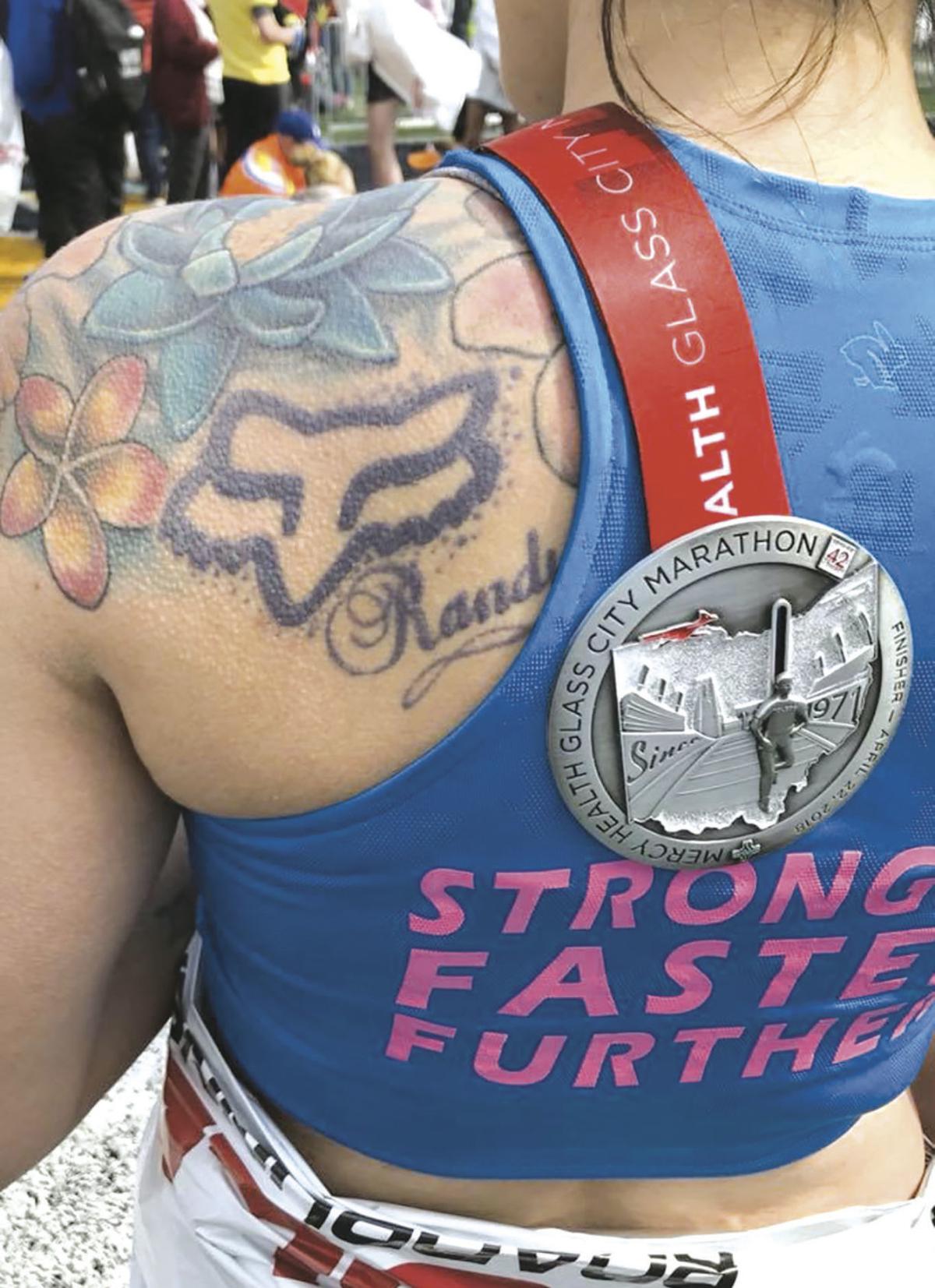 Bryan resident Nick Lanzer runs during the Run for Your Heart 5K in Bryan on June 22, 2019 in Bryan. Lanzer is training for the 2020 Boston Marathon, which has been rescheduled from April to September.

Kaitlyn Henricks-Yoder runs during the Boy Scouts Half Marathon in Bowling Green on Sept. 8, 2018.

With more than a year of training under his belt and a qualifying time of 3:02:54 at the Last Chance BQ.2 in Grand Rapids, Michigan, last fall, Bryan resident Nick Lanzer was all set to run his first Boston Marathon this spring.

He ran two marathons and more than 2,000 miles in 2019 alone, fought through a nagging hip injury in January and progressed to the most intensive part of his training plan by mid-March, all in preparation to run one of the most prestigious races in the world.

As fate would have it, though, Lanzer — like so many other runners — will have to wait a little longer, as due to the COVID-19 pandemic, the 124th Boston Marathon has been rescheduled from April 20 to Sept. 14.

Lanzer, 36, said he was following the news and knew postponement of his race was likely to happen for the health and safety of the runners, spectators and race volunteers.

“But it still didn’t soften the disappointment,” he said of the moment he found out.

Edgerton native Kaitlyn Henricks-Yoder was also reaching the peak of her training regimen in preparation for the Glass City Marathon in Toledo on April 26. She was close to 60-mile weeks when she learned the 2020 marathon was canceled.

And although she’s bummed, as someone who works in the medical field, she understands the race’s cancellation is justified, even if it’s having an effect on her future running plans.

Henricks-Yoder, 26, said she was originally planning on using a fast mark at Glass City as a qualifying time for other prestigious marathons around the world. To date, she’s completed 13 marathons and got her start as an 18-year-old as a way to honor her brother, Randy, who died in 2011.

A current goal of hers is to run all six major marathon races. So far, she’s run four — Boston, New York, Chicago and Berlin — and has two more to go — London and Tokyo. But while her plans might have been put on hold for now, she said she’s trying to keep a positive mindset about the whole situation.

“There’s always another race,” she said. “I didn’t want the coronavirus to derail my plans as many athletes have agreed. It’s a privilege to be able to run, so how can I be mad that a race was canceled for the greater public? ... At the end of the day, I want everyone to be safe, because it’s more important than just a race.”

Mike Routhier a 52-year-old West Unity resident who estimates he’s run more than 25 marathons in his lifetime, was also in training for this spring’s Glass City Marathon. He was hoping to use the race as a qualifier — in his case for the Boston Marathon. He’s fallen just short of the qualifying mark the last few years, but was hoping this was the year he’d get over the hump.

“I’m understanding,” Routhier said. “I use running as an everyday stress reliever for me to clear my mind and keep myself healthy. ... This was the only marathon I had planned for this year, so that puts a damper on things, because I was also trying to qualify for Boston, but we’ll see if things clear up and if I’m able to get another marathon in before (the qualifying deadline) in September.”

Routhier isn’t the only one in his family to have his running plans impacted by the coronavirus. His daughter, Madi, a 2016 Hilltop graduate, is a senior at Ohio Northern University who was on the verge of what she hoped to be her best outdoor track season yet. It wasn’t meant to be, however, as 2020 spring sports were canceled by the NCAA.

Still, all is not lost. The NCAA granted spring sports athletes in Division III another year of eligibility, and because her pharmacy program takes six years to complete, she’ll still be on campus next spring — although she’s unsure how busy her classes will be.

Nevertheless, in the meantime, she’s continuing to train, with plans on running the Columbus Half Marathon in October and perhaps a few indoor track races as an unattached athlete in the winter.

The postponements and cancellations have forced most runners to make decisions on how to alter their training plans, especially in a time of such uncertainty, when nobody knows when their next race might be.

For Mike Routhier and Henricks-Yoder, they’re both continuing to run to stay fit, but have backed off their mileage and some of their longer runs.

Lanzer, meanwhile, said he prefers to follow a specific structure in his training, so he’s still following his current training plan through the original Boston Marathon date, at which point he’ll back off a bit before building up again to the rescheduled race in September.

Even then he might be faced with a decision, though. He’s currently signed up for the Chicago Marathon slated for Oct. 11 — about a month after his race in Boston. He knows it will be taxing, but as of now at least, Lanzer is hoping to run both.

In any case, however, one thing is certain — the spirit of Williams County’s marathoners can’t be dampened.

“It just feels good to get out and clear my head and relax,” Lanzer said. “Even though the pressure is off for Boston, it’s still fun to go out and run.”

Potter: No, college football isn't going into a bubble this fall

Hansen's Sunday Notebook: 'Pride of Arizona' lives up to its name as it adapts to coronavirus reality