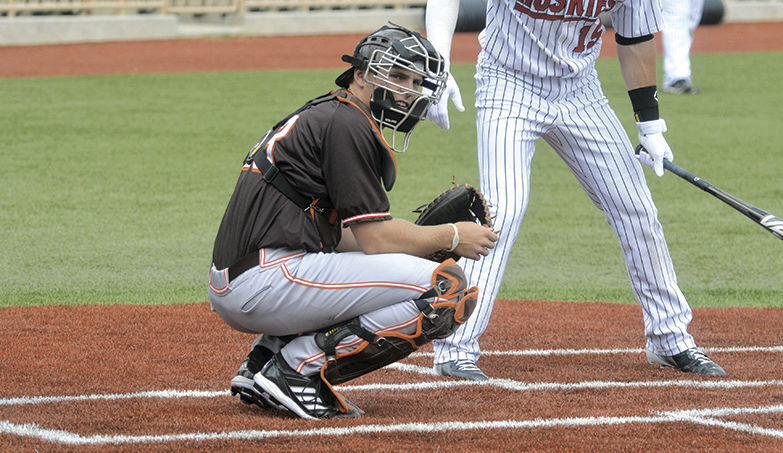 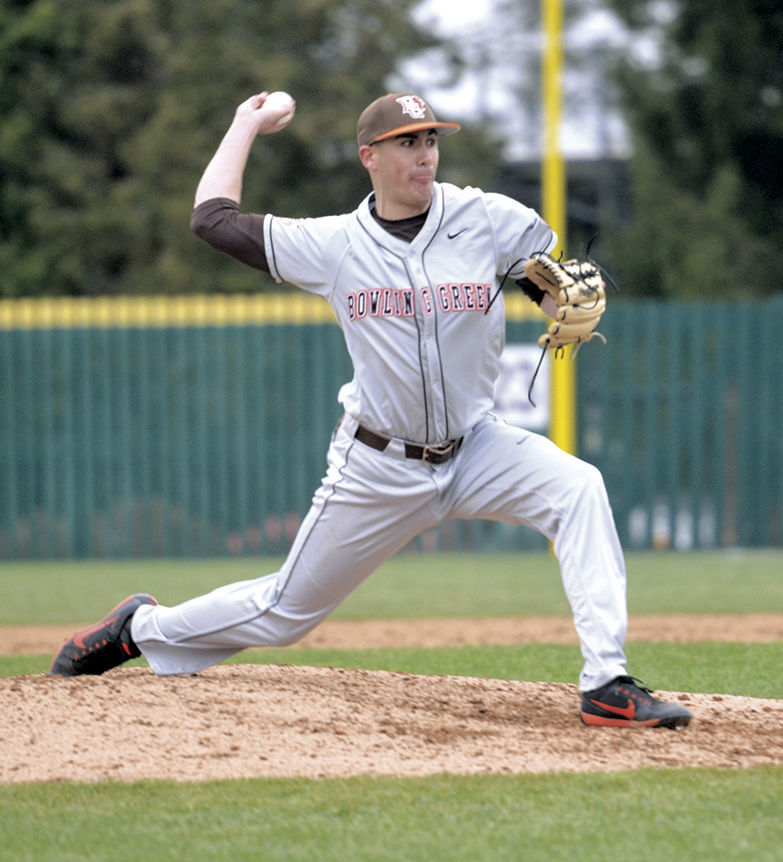 Bowling Green baseball alumnus Wes Rickenberg, a 2014 Napoleon graduate and current teacher and coach at Montpelier, pitched for the Falcons from 2014-2018. 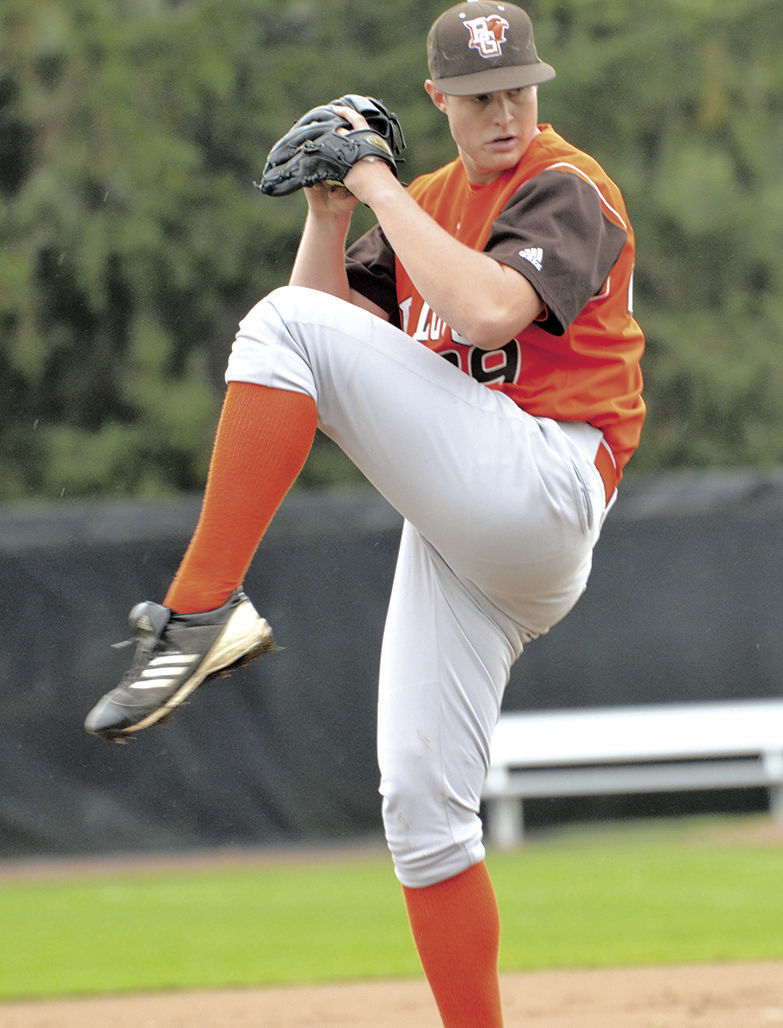 Bowling Green baseball alumnus Wes Rickenberg, a 2014 Napoleon graduate and current teacher and coach at Montpelier, pitched for the Falcons from 2014-2018.

Wes Rickenberg was working on some online school work a few weeks ago when a teaching colleague of his at Montpelier texted him asking about the news that the Bowling Green baseball program was being discontinued.

Rickenberg, a 2014 Napoleon graduate who pitched for BGSU from 2014-2018, was in a state of shock. After all, the program and school had given him so much, he said.

It’s a place where Rickenberg says he came to know some of his closest friends. It’s also where he met his wife and where he received an education that led to a teaching and coaching job at Montpelier shortly after graduation.

And it’s where he – like so many others who’ve gone through the program over the years — grew up.

“It still hasn’t really sunk in,” Rickenberg said. “It’s just something you never think would happen.”

In the midst of the global coronavirus outbreak, the university says it’s projected to experience a shortfall of approximately $29 million. With Bowling Green Athletics asked to reduce its annual budget by $2 million, it was the baseball program which got the axe, a move projected to save around $500,000 annually. It all meant 34 players, two full-time coaches — including 30-year head man Danny Schmitz — and one part-time assistant coach would be without a team.

Shortly after the news broke, hundreds of Bowling Green baseball alumni around the country began reaching out to each other, and many of them shared similar sentiments. They felt the program had been blindsided, and if the alumni base was given a heads up, if given the opportunity to fundraise and save the program — like Bowling Green’s hockey program was allowed to do a few years ago — it all could have been avoided.

“They didn’t even have the (guts) to tell Coach Schmitz to his face. It was via conference call,” Newell said. “They didn’t even let him tell the recruits, alumni or anybody what was going on. We had to find out through social media and word of mouth.

“And for Coach Schmitz, after 30 years of hard work and dedication he’s given to this program and that town, this is how they throw him out? It’s ridiculous. It’s awful.”

As talk circulated, several efforts were soon started by the alumni base to save the program, and the group of former players pulled their efforts together into one common Save BGSU Baseball fundraising campaign, which in less than two weeks has already seen donations amass more than $1.4 million from more than 100 people. Those interested in donating are asked to communicate via the savebgsubaseball1@gmail.com email address.

“It doesn’t surprise me that there’s cuts,” said Jason Brown, a 1992 Bryan grad who played for the Falcons in the mid-1990s before going on to a teaching and coaching career in Bryan. “I think there’s probably issues that aren’t maybe COVID-19 related, but just financing issues when it comes to sports. Revenue is hard to come by, especially for those sports that are non-revenue producing.

“But it really caught me off guard that there was no opportunity for the alumni to come together and do something for the program like hockey. … Their alumni was given the chance to save their program years ago, and I think that’s where the issue was. We have a really strong alumni base and a coach that’s been there for 30 years. … I thought we’d be given an opportunity to at least try and save the program, but we weren’t.”

For TJ Losby, a 2010 Bryan grad who played for BGSU from 2010-2014, the amount of money raised isn’t a surprise at all, and to him, it’s a sign of what the alumni base could have done if given an earlier warning.

“I know anybody who has had a baseball career at Bowling Green really has a love for that program, so the amount of money has been spectacular,” he said. “It’s not enough yet, but it’s not a shock at all that so many people have been so positively impacted by that program to give what they can to see it keep going.

While the early contributions are encouraging, Save BGSU Baseball still has a ways to go in its fundraising goals. The group is aiming to raise between $3.5-$4 million to sustain the program for a five-year time frame with hopes of swaying Bowling Green trustees to reinstate the baseball team.

Save BGSU Baseball isn’t equipped with a ton of time in their fundraising efforts, however. Many of the program’s players are currently sitting in the NCAA Transfer Portal, so money will likely need to be raised before the current roster dries up and players head to different schools.

And while there is some level of concern among alumni that the group is getting a late start in its efforts, nobody is giving up yet.

LSU football is about to start, preseason camp starts Friday

Jamaica's sprint queens: 'I think we represent the hope of so many girls from the country'

Remembering own tribulations, Packers' Aaron Rodgers’ focus with Jordan Love is ‘putting myself in his shoes’