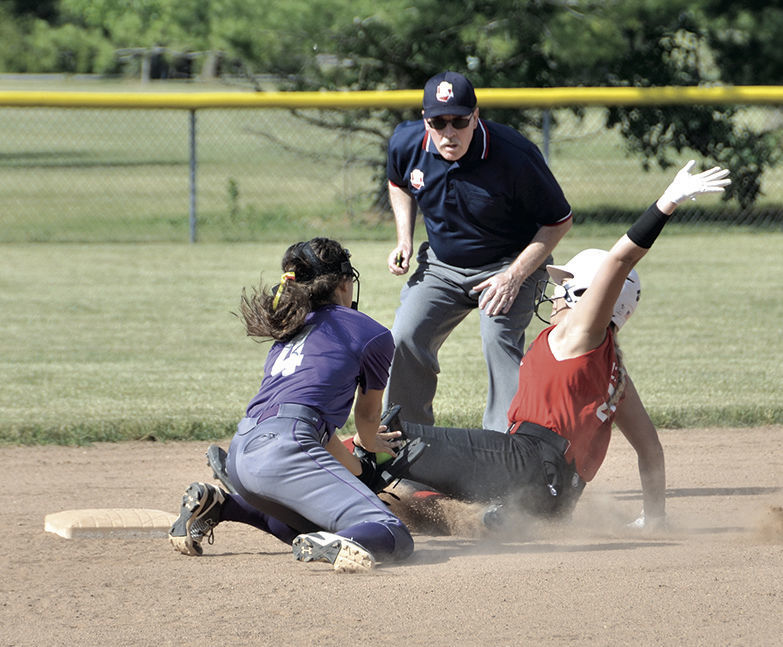 Bryan’s Delilah Taylor attempts to put the tag on Hilltop’s Hannah Riley as she slides into second base during a softball game at Recreation Park in Bryan on Thursday. Riley was called safe on the play. 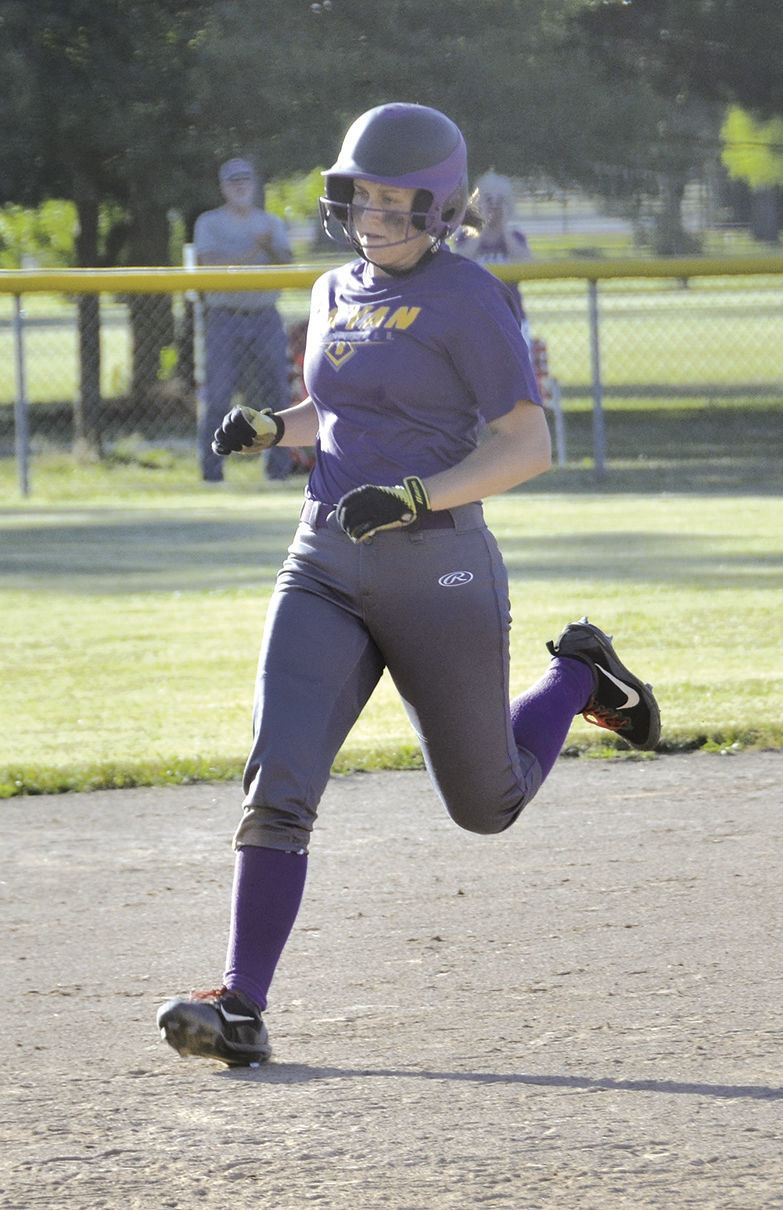 Bryan’s Meggie Voigt runs to third base during a softball game against Hilltop at Recreation Park in Bryan on Thursday. Voigt blasted a walk-off hit to right field to score Alex Vreeland and give the Bears a 5-4 victory.

Bryan’s Delilah Taylor attempts to put the tag on Hilltop’s Hannah Riley as she slides into second base during a softball game at Recreation Park in Bryan on Thursday. Riley was called safe on the play.

Bryan’s Meggie Voigt runs to third base during a softball game against Hilltop at Recreation Park in Bryan on Thursday. Voigt blasted a walk-off hit to right field to score Alex Vreeland and give the Bears a 5-4 victory.

In what was the last at bat of her softball career, Bryan’s Meggie Voigt blasted a walk-off hit to the right field fence to score Alex Vreeland from second base and give the Golden Bears a 5-4 victory in eight innings over Hilltop on Thursday.

Voigt said it was a special way to end her career, especially after missing out on her senior softball season due to the cancellation of the 2020 OHSAA spring sports season as a result of the global coronavirus outbreak.

“It was really exciting,” Voigt said. “With not really being sure we were going to be allowed to play in the summer, being able to end like this, it couldn’t have been any more special to be with all the girls I’ve played with in high school. It was really fun to end with a bang.”

Hilltop played with the lead for the majority of the game on Thursday, though. Ericka Dennison put the Cadets on the board during the top of the second when an RBI single of hers scored Leanna Baker to put Hilltop up 1-0 early.

Then, during the top of the third, the Cadets tacked on two more runs from Hannah Riley and Holly Jermeay to take a 3-0 advantage.

Bryan answered during the bottom of the third when a single from Bre Long scored Tabithah Taylor, and a Scout Smith double drove in Delilah Taylor to make it a 3-2 game.

After a scoreless fourth inning from both sides, Hilltop’s Sara Barnum singled to score Jermeay during the top of the fifth to extend Hilltop’s lead to 4-2.

Bryan’s Ali DuBois helped the Bears fight back during the bottom of the sixth with a single to score Voigt and cut Hilltop’s lead to 4-3, and then in the bottom of the seventh, Bryan tied the game at 4-4 and sent the game to extra innings with a Delilah Taylor bunt single that drove in Adrienne Struble from third.

With international tiebreaker rules in place, the extra innings began with a runner on second base.

Hilltop’s Lana Baker began the top of the eighth on second, and after Bryan pitcher Bre Long struck Leanna Baker out to begin the inning, a Dennison groundout advanced Lana Baker to third. However, Long got Hilltop’s Americus Maddox to fly out to end the inning.

Bryan began the bottom of the eighth with Vreeland on second and Voigt at the plate. Voigt fell behind with two strikes early, but fought back by fouling off several pitches from Hilltop’s Kodi Brenner, before connecting on the walk-off hit to drive Vreeland home.

“That was the perfect situation,” Bryan coach Brian Arnold said. “With the international tiebreaker, Bre Long pitched a great top of the eighth to get out of that jam.

Bryan used four pitchers to get through the game — Delilah Taylor, Addie Arnold, Vreeland and Long. Each girl pitched two innings and the quartet teamed up for seven strikeouts, while giving up eight hits, four runs and two walks.

Brenner went the entirety of the game for the Cadets. She finished with 12 strikeouts, while giving up 10 hits, five runs and three walks.

'It's about time': With rapid testing secured, Wyoming eager to give fall season a go

With restrictions on road trips, Packers look to beat hotel boredom — and it starts with … cornhole?